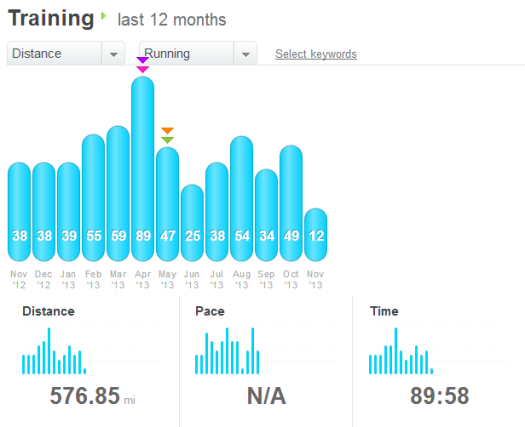 I haven’t talked about running much since the Pittsburgh half back in May and my (adult) 5K PR on Memorial Day. Honestly, my running has been limited. Summer hit, I went on vacation and on two work trips, Steve’s grandmother passed away, and we bought a house. I signed up for the Baltimore half and sort of trained, but knew that it wouldn’t be a good race.

When my co-workers’ marathon relay team was without the fourth leg, I offered to run the 7.3 miles rather than the half. Sure, it was the easy way out, but I knew that I could run 7.3 miles much more comfortably than 13.1. I still felt like I should run a half, though, so I eyed the Philly half that Steve is running on November 17. Sold out. Fine; the Annapolis half is the weekend after Philly. I considered it. And then I started on an eight-mile run … and I just didn’t want to do it. I didn’t feel like running eight miles. I didn’t feel like running a half marathon.

So I’m not. I’m just running what I feel like running. I did sign up for the Charlottesville half in April because Steve is doing the marathon. (I’ll be bored while he’s running if I don’t do something.) But other than that—if I don’t do any races, that’s fine. 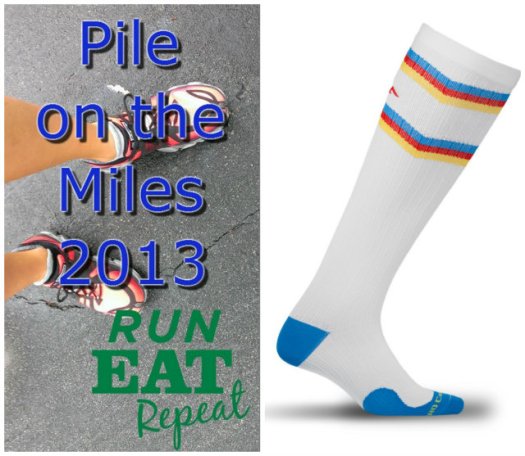 In an effort to stay motivated while the temps dip, I’m taking Monica at Run Eat Repeat’s Pile on the Miles Challenge. (Jess is, too; follow her progress!)  I vowed to run pile on 40 miles in November; I have 12 already. (The idea is to pile on the miles, not the pounds. Sounds like a smart plan.) I have my eye on winning those super-sweet compression socks.

For my run today, I threw on my bright yellow Pittsburgh half long-sleeve shirt and headed out the door. While running, I thought about my no-half fall and then thought, “I wish I could go back and tell my 14-year-old self who was terrified to run her first cross country 5K that one day she’ll have run TWO half marathons, and both under two hours.” I gave myself a little pat on the back and kept piling on the miles.